At GW Pharmaceuticals, we remain committed to ensuring our patients, healthcare partners and employees are supported during these challenging times. We are actively monitoring our supply chain and taking steps to help ensure continued supply of our products to patients. We will continue to monitor the COVID-19 situation and take steps to ensure that access and assistance for patients and healthcare partners remain consistent. If you wish to discuss more specific details please contact GW Pharmaceuticals via phone on +44 (0) 1223 238170 or via email at medinfo@gwpharm.com.

If you are reporting an Adverse Event and / or a Product Complaint, and you receive a network busy signal (i.e. if all lines are busy or engaged) please continue to try your call throughout the day or, preferably report via the above email address. 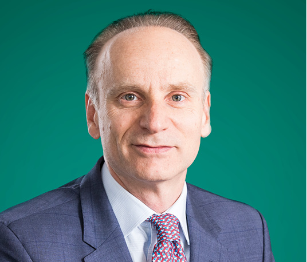 Justin Gover has served as Chief Executive Officer of GW Pharmaceuticals since January 1999, shortly after the Company was founded. He has 23 years’ experience in the pharmaceutical industry.

As Chief Executive Officer, Mr. Gover has been the lead executive responsible for the running of the company’s operations, as well as leading equity financings, strategy and business development activities. In 2001, he led the company’s initial public offering on the AIM stock exchange in London, and in 2013 led GW’s initial public offering on Nasdaq. In total, he has led equity financing rounds which have raised over $1bn.

In 2015, Mr. Gover relocated to the U.S. to open the company’s U.S. headquarters in California.

Prior to joining GW, Mr. Gover was Head of Corporate Affairs at Ethical Holdings plc, a UK-based Nasdaq listed company, where he was responsible for the company’s strategic corporate activities, including mergers and acquisitions, strategic investments, equity financings and investor relations.

Mr. Gover serves on the Board of Directors of the Biotechnology Innovation Organization (BIO). He holds an M.B.A. from the INSEAD business school in France and a BSc (Hons) from Bristol University.